The recycling rate is a crucial metric for measuring success in waste management. While it has numerous uses, it also has its limitations. Depending on the context and objective, related metrics are equally relevant. These include the recovery rate and the measure of circularity which is an important metric in the circular economy.

However, how do these three metrics differ? And what exactly do they represent? In this article, the following will be touched upon:

Metric #1: The Measure of Circularity

The measure of circularity is a relatively new and promising metric for progressive waste management; it evaluates progress in global waste management. The significance of this metric is based on the context of the circular economy. The measure of circularity relates the amount of waste recycled to the manufacturing process itself, namely the materials used in the process. 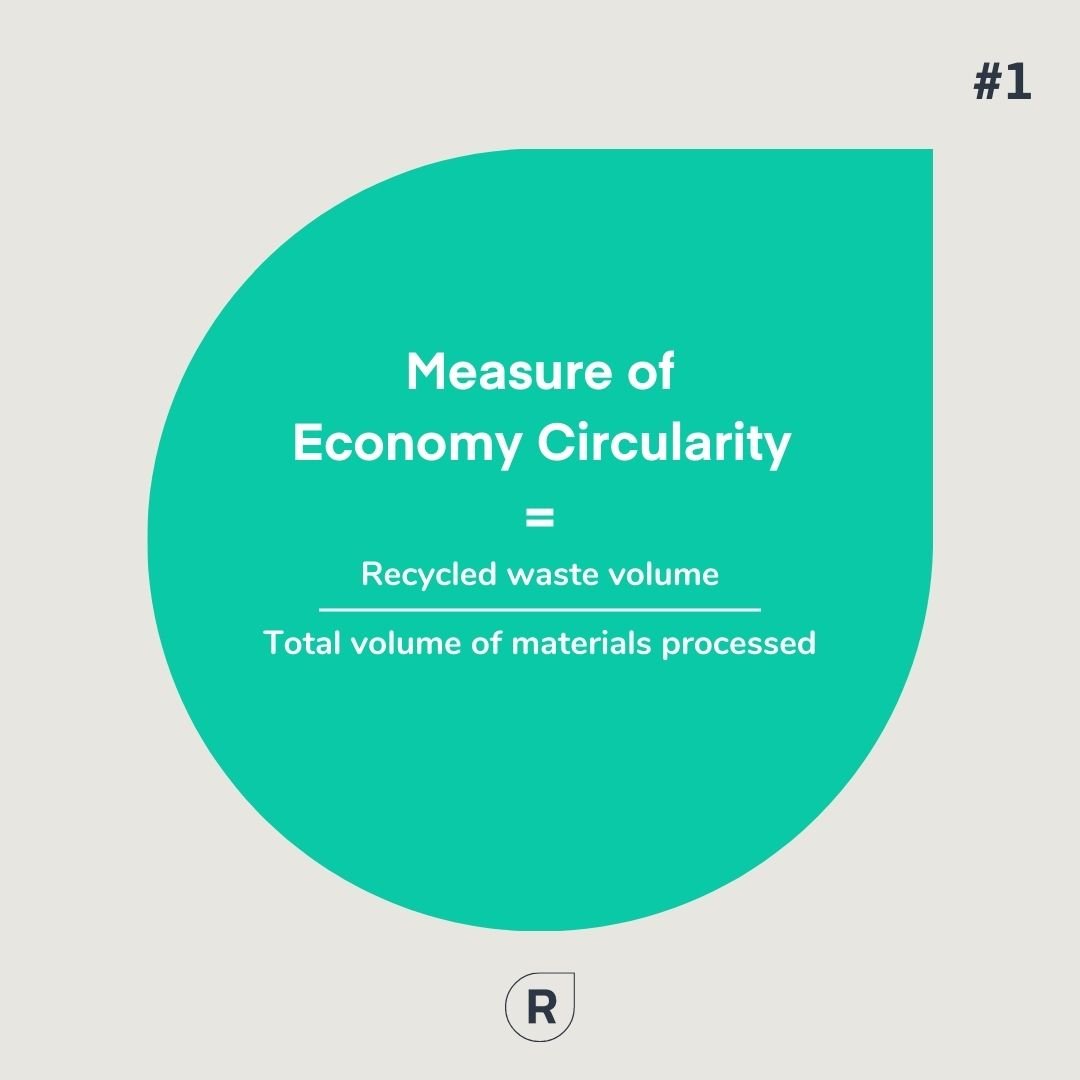 According to research conducted by the Institute for Social Economy, scientists calculate that Europe has a recycling share of only 13%. At the global level, it is around 6.5%. This means that, throughout Europe, only around 13% of the materials used in manufacturing processes make it back into the economic cycle.

Additionally, the study “Adopting Circular Economy at the European Union Level and Its Impact on Economic Growth” found that, within the 27 European member states studied between 2017-2018, the efficiency of material use varied when it came to resource productivity nation to nation. For example, the most efficient countries were the Netherlands (4.30€/kg), Luxembourg (4.20€/kg), and the UK (3.80€/kg) while the least efficient were Poland (0.45€/kg), Romania (0.42€/kg), and Bulgaria (0.34€/kg).

In general, though, more than 90% of the resources are irretrievably lost at the end of the product's use. An example of such loss can be seen in the form of incineration or when material and resources land in a landfill.

However, the measure of circularity can only be applied to entire economic systems, not only to individual actors within them. When it comes to assessing the recycling success of companies, other metrics are needed. One of these metrics is the recycling rate.

The terms recycling rate and recycling percentage are used synonymously and they play an important role in waste management at both the macro and micro levels. The percentage generated provides an important insight into the disposal paths of a specific waste volume. 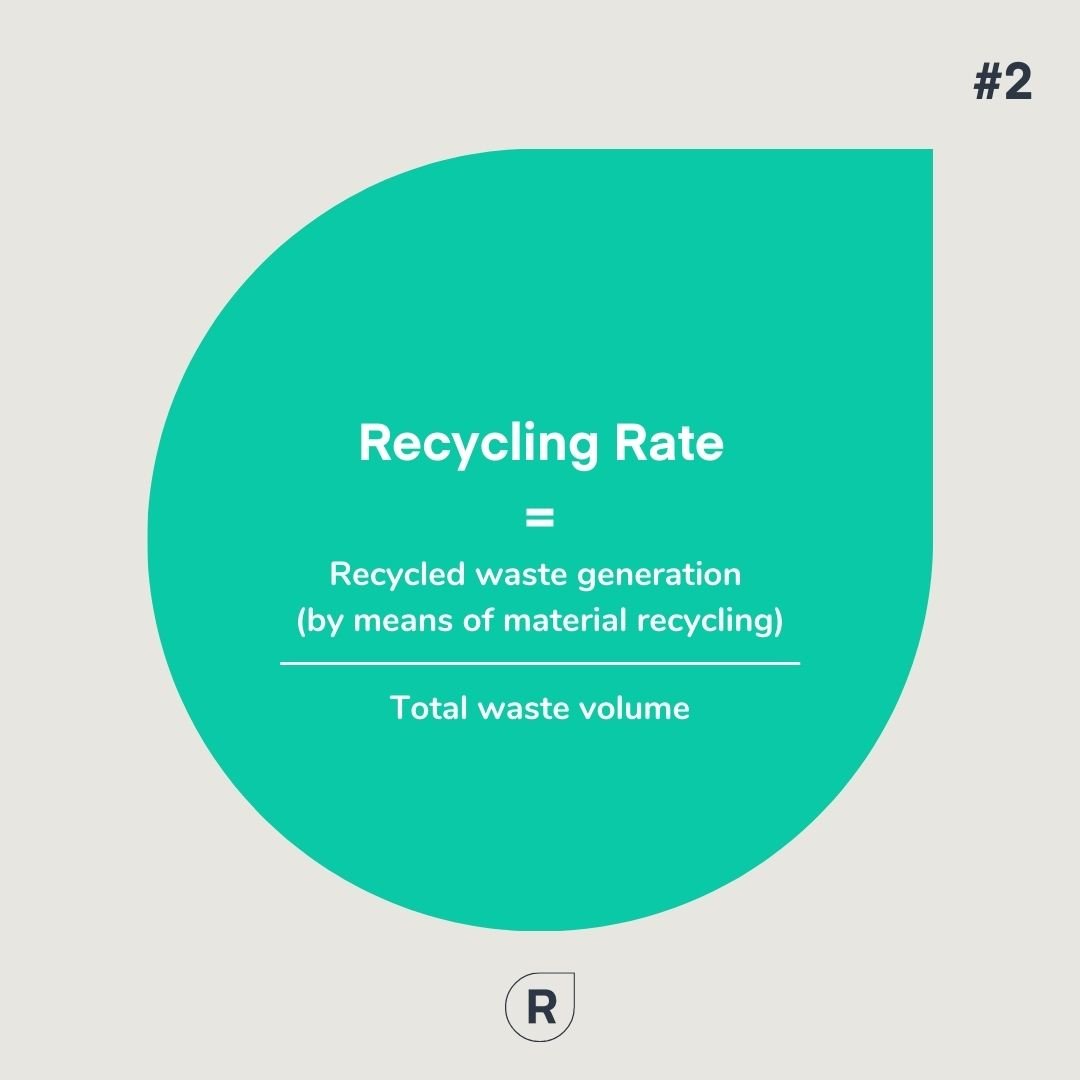 However, since the recycling rate does not represent absolute values, it cannot account for information such as how many resources are either reused or if they are lost before use.

The indicator is therefore not suitable as a blanket statement regarding the effectiveness of sustainability, even though it is often used as such. Improved waste separation and disposal technologies may, for example, increase the percentage of waste recycled by a company or a country. However, if the total amount of waste generated also increases at the same time - which is the case in the vast majority of regions according to the predictions produced by the study conducted by Statista - then the resulting overall effect is nevertheless a negative one. More resources are withdrawn from the economic cycle and deemed "unusable" therefore increasing the waste burden on the environment.

The recycling rate remains an indispensable key figure especially for companies. However, the indicator falls short when it comes to reflecting overarching economic recycling goals such as the implementation of the circular economy. In addition, it is often confused with another indicator: the recovery rate.

In the form of legislation, only material recovery counts as "recycling". This refers to the separation of material into secondary components and secondary raw materials that can be reintroduced into production after a reprocessing phase - for example, the melting of glass.

The recovery rate, on the other hand, also includes energy such as incineration. Although some of the energy contained in the materials is recovered thermally, the resources are lost to further use. 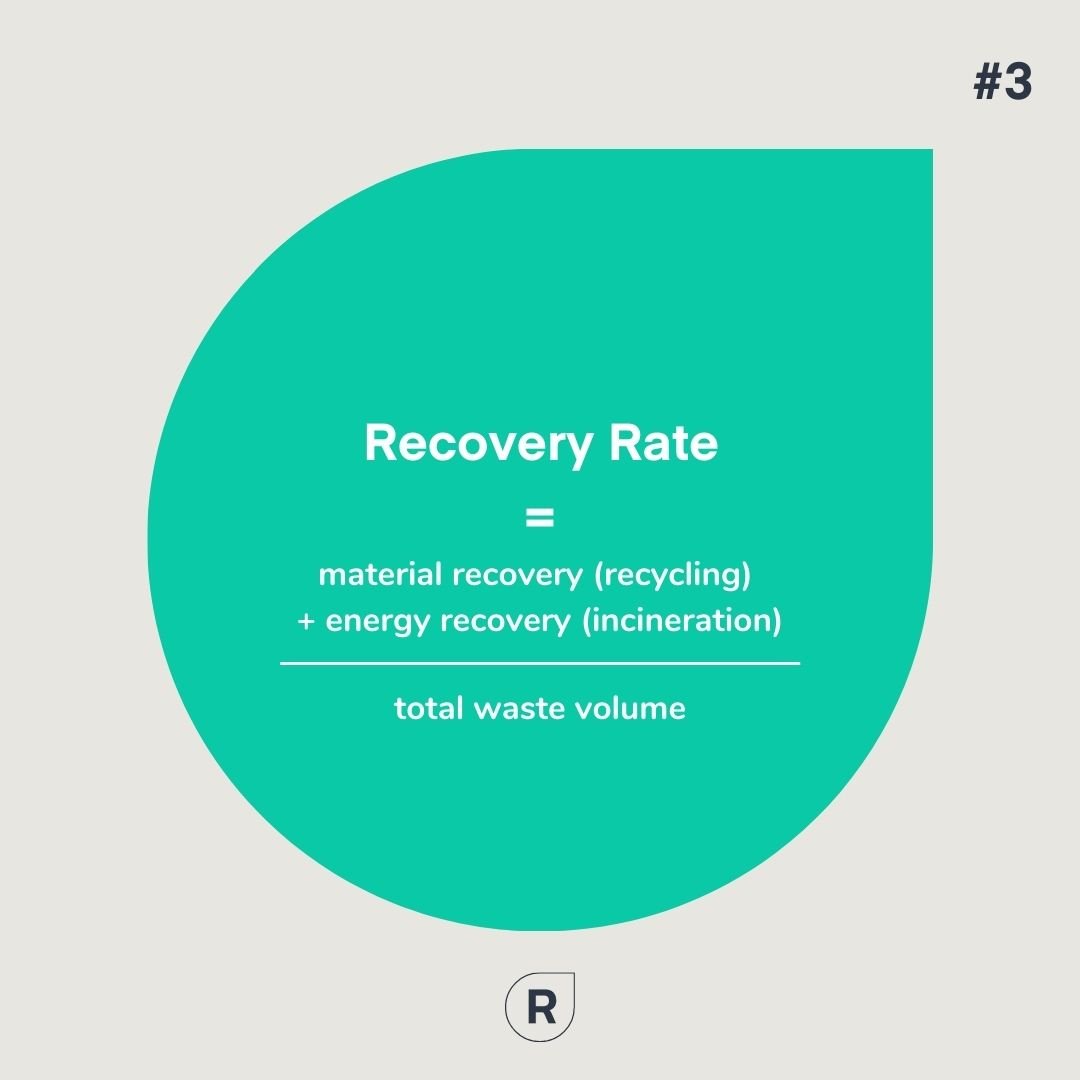 The recovery rate is often confused with the recycling rate, especially in sustainability reports. Additionally, recycling rates of over 90% are not uncommon in these reports. In reality, however, a substantial proportion stems from incineration. It is therefore worthwhile to ask more questions regarding this rate. Furthermore, there is the overhanging, bigger moral question of whether such recovery can rightly be called recycling – at either the corporate or state level.

Why Resourcify Aligns Itself with the Measure of Circularity

So which metric is the most important? Each of the three aforementioned metrics plays a role in the development and implementation of a recycling management strategy. However, as a leader in innovation, Resourcify strives to look at the big picture.

The objective of our innovative recycling platform is not to better manage ever-increasing mountains of waste, but rather it's about sustainable and economically viable resource management, including the grand goal of recycling of “zero-waste”.

Precisely for this reason, the measure of circularity – which is a key component of our corporate mission statement and the driving force behind various strategic decisions - is in many respects even more relevant to us than the pure recycling rate.

For the circular economy to become a reality, the business community as a whole must close the resource loop, facilitate recycling, and support more recycling and take-back systems for all products and materials.

Resourcify software is at the very end - and also back at the very beginning - of the production cycle with digital waste management. Our comprehensive range of services is part of this holistic, future-oriented processing and manufacturing concept. 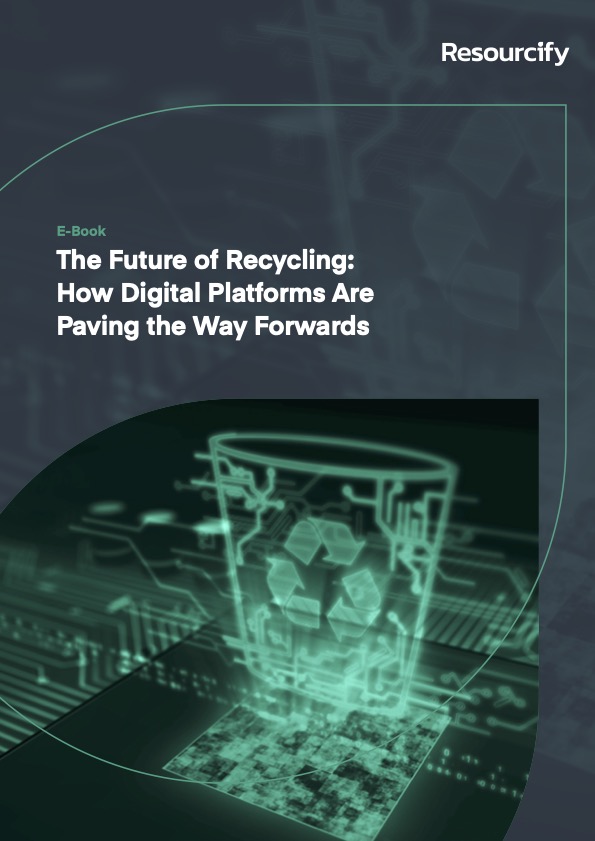